UoS New Coaching Programme for students in need of a little extra support.

A sensitive & thoughtful piece for the University of Sussex, promoting their new Coaching Programme for students in need of a little extra support.

The University of Sussex tasked us with designing and producing an animation to launch their new Coaching Programme. The animation needed to be inclusive to all and clearly differentiate itself from other support networks such as counselling and mentoring. The decision to access further support when you need it can be difficult and unnerving. So the need to distill trust and encourage students to come forward was paramount. 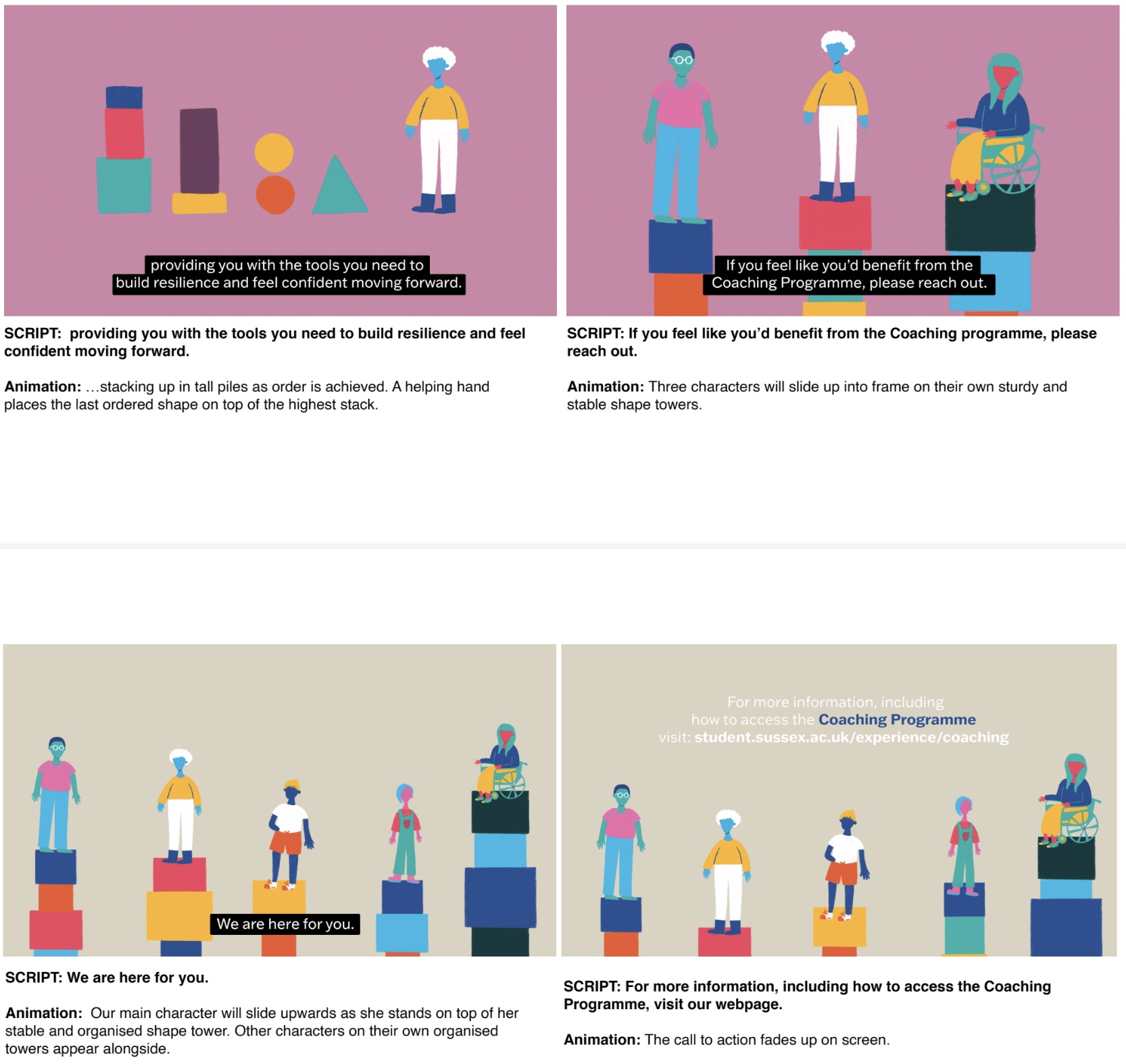 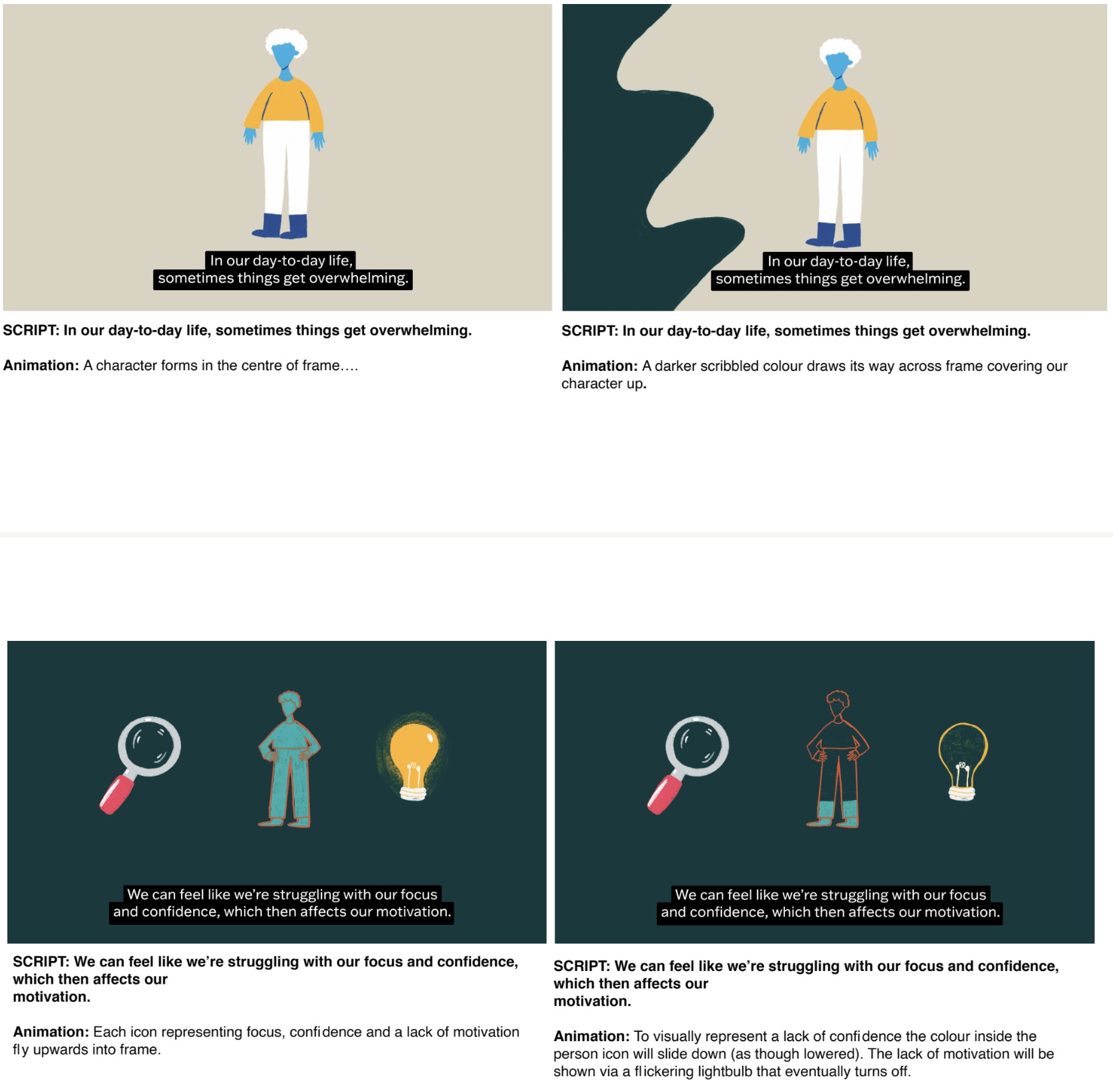 Scoreboard created by our animator Jess

We set about designing a range of diverse and inclusive characters. Representing as many different student demographics as possible. The script was written with students in mind. No overtly complex or unnecessarily formal wording. It was clear, concise and down to earth. To keep this in a relatable tone, we also asked one of Sussex's students to head to our office and record the VO. Of which he did a rather stellar job.

The animation itself had to be representative of the Programme itself. It had to be smooth, it had to flow, and be completely without restriction to anyone watching. Whilst being on the nose with parts of the animation, we used the artistic license we had been given by the University to create visual metaphors, including the use of shapes and colours for a more symbolic way of getting the message across.

Consideration for the eventual platform was also taken into consideration, keeping the final animation within the golden one minute mark that instagram holds so dear. 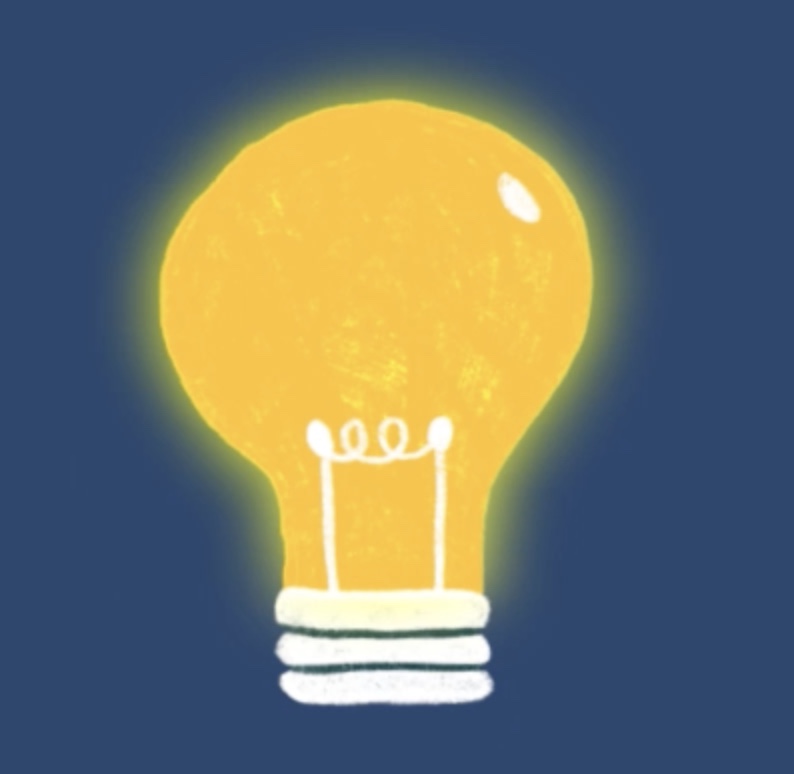 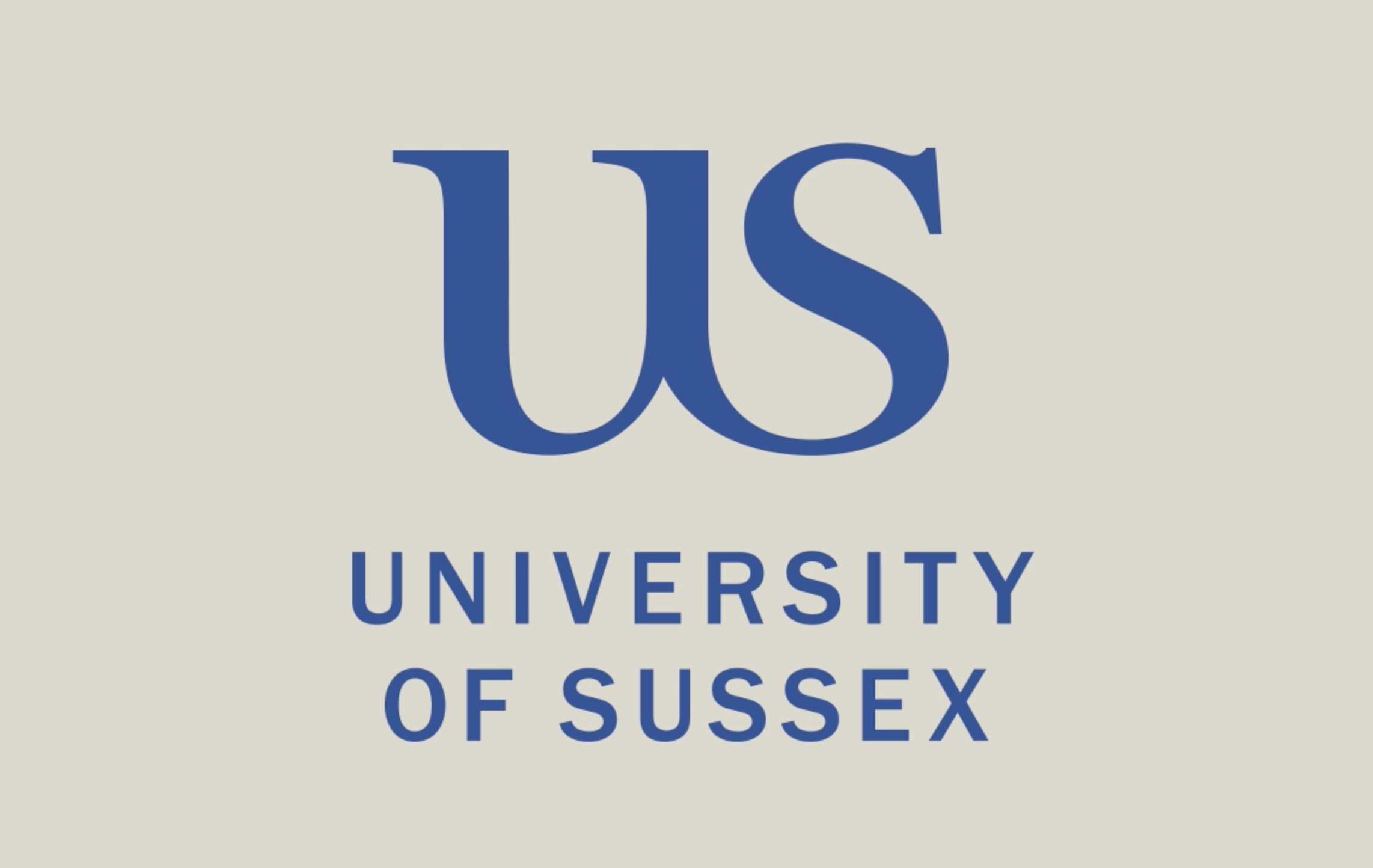 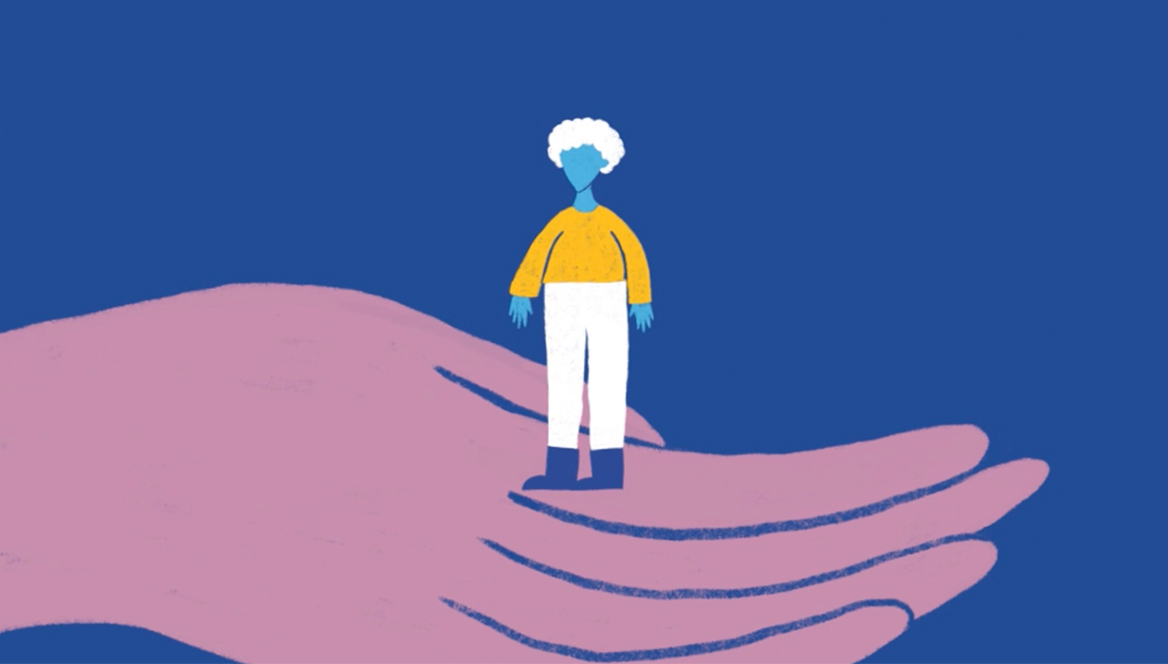 UoS New Coaching Programme for students in need of a little extra support.